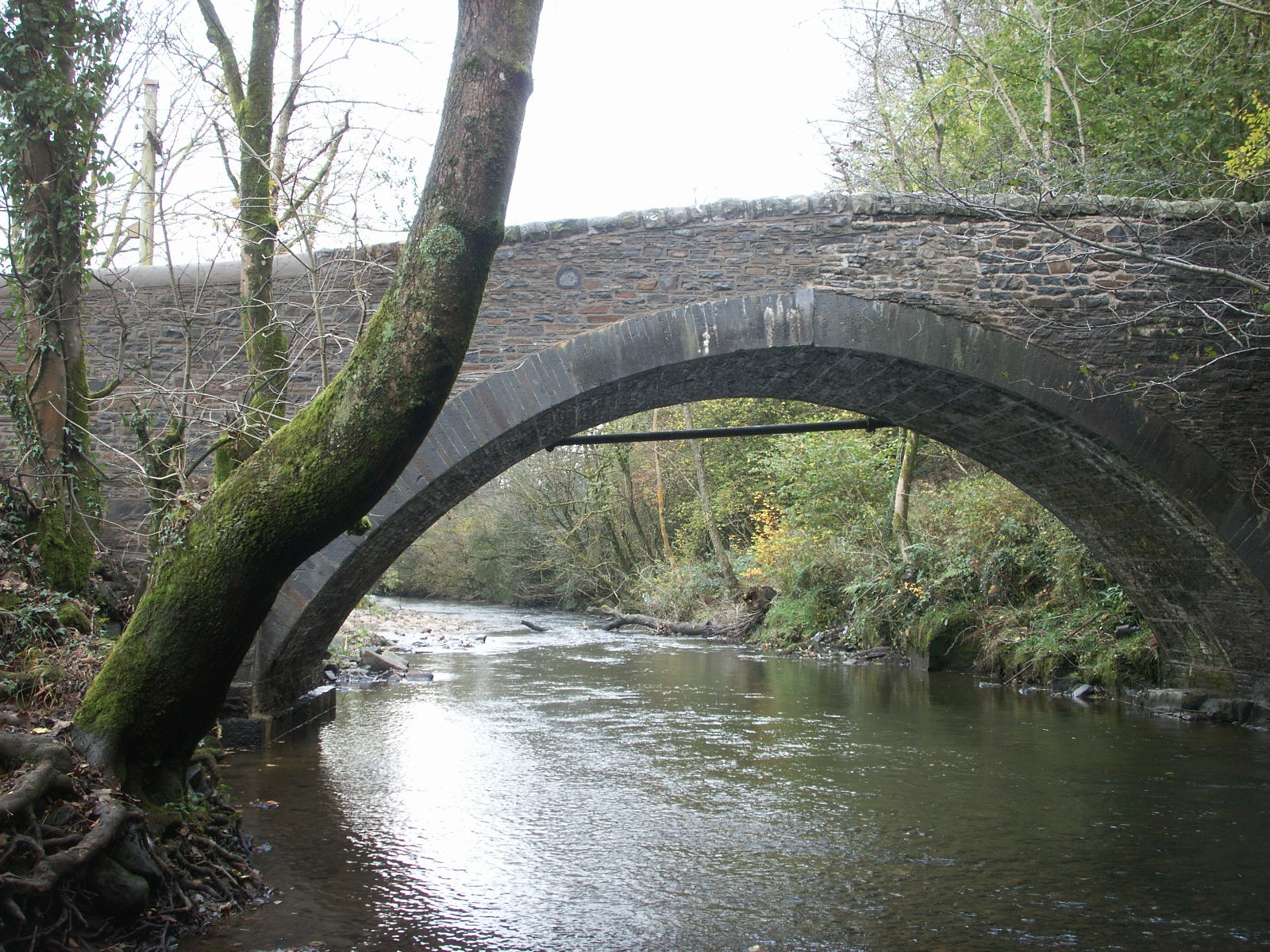 This natural stone bridge with 480mm thick masonry parapet walls carries the Maes Mawr Road over the Dulais waterway and has a 10.57m span with a 3.9m central rise. The carriageway cover on the arch of the crown, including surfacing, is 100mm. 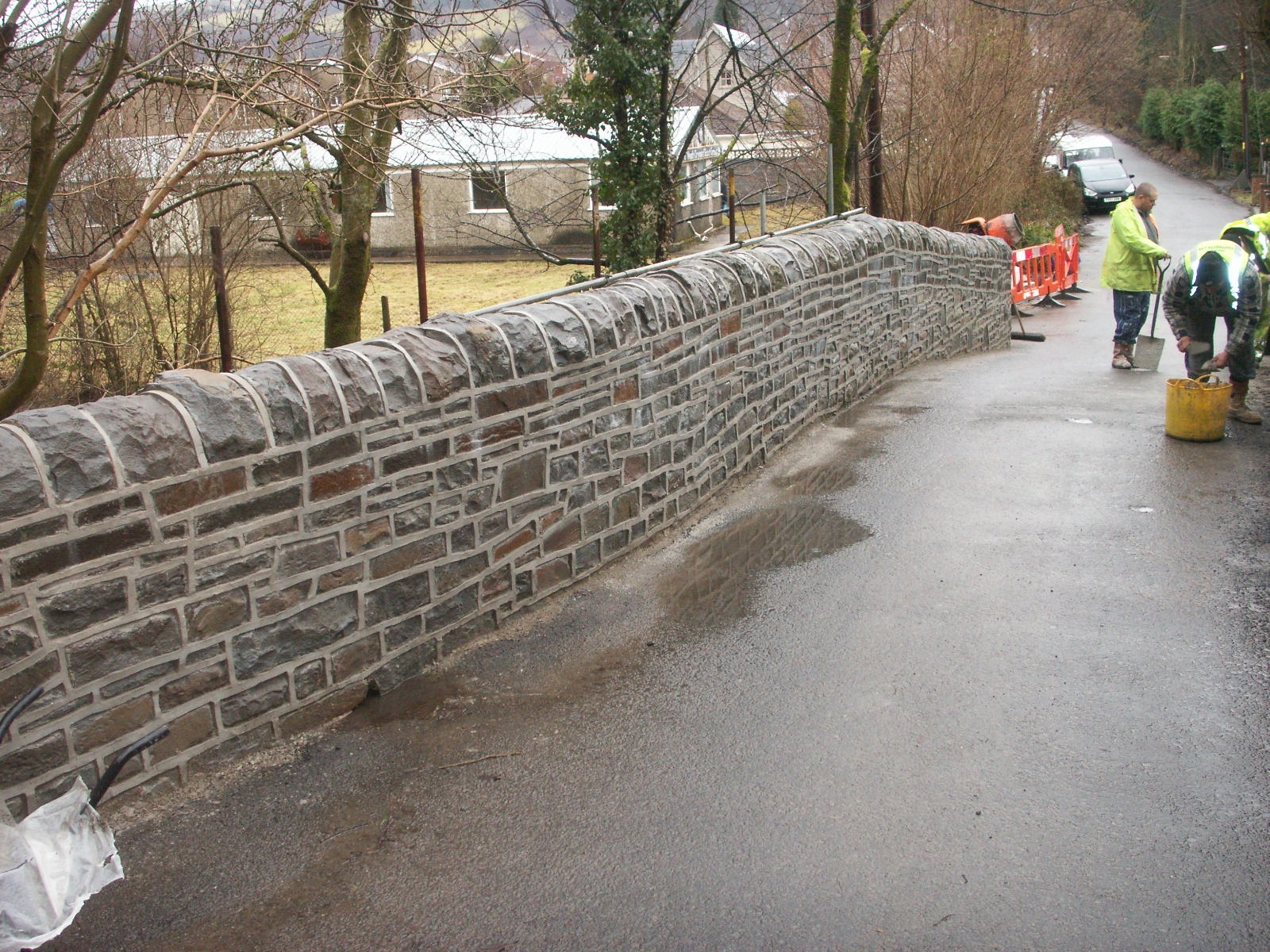 The bridge had been restricted to a gross vehicle weight of 7.5 tonnes following a recent assessment so did not meet current highway standards. The general structure was in a fairly good condition some 20% of the mortar in the arch barrel spandrels and the parapets was loose or missing to a depth of 20mm. Part of the structure was covered in iand leached calcite deposits, a temporary repair had been carried out to the abutment foundations following scour damage and the north west end of the spandrel and adjacent embankment had been eroded by water draining from the carriageway. The height of the parapets was low and the south parapet had suffered 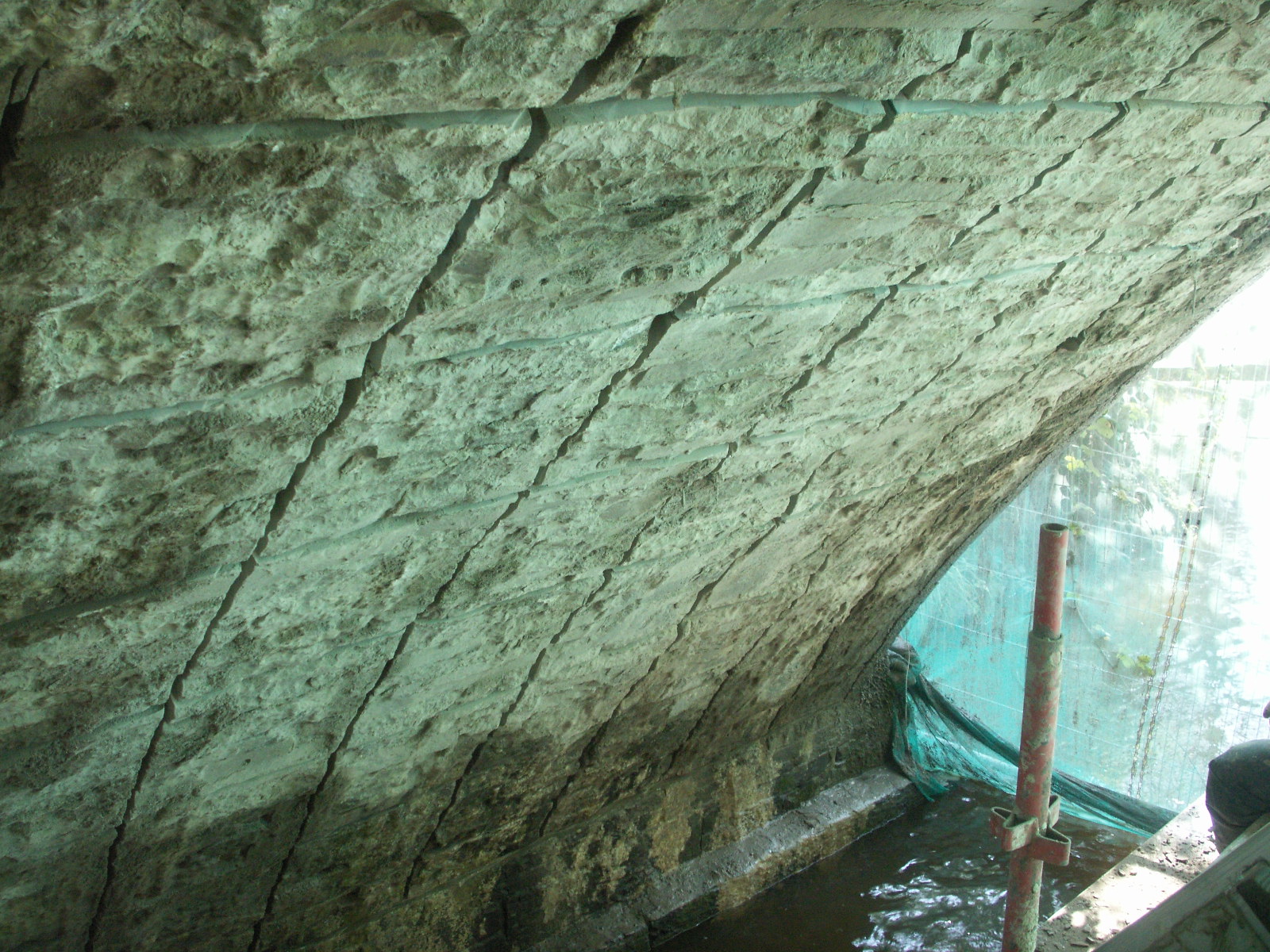 All vegetation was removed and leached deposits blasted away using a fine glass powder.

Stainless steel helical reinforcing bars were bonded into rebates cut in a grid pattern into the underside of the arch and, with its interlocking right-angled ties, the system was encapsulated with a special structural adhesive. The height of the parapets was increased to meet regulations.

Loose and missing mortar joints were raked out to a depth of 50mm and the whole structure re-pointed using an approved lime/sand mix. The temporary scour repairs were removed, the voids filled and a permanent stone/concrete apron formed to protect the foundations.

The concealed repairs and strengthening left the bridge visually unaltered while increasing its load carrying capacity from 7.5 tonnes to 40 tonnes and allowing the weight restrictions to be lifted.